Strengthening EU democracy: but how? European Conference 2019 in Brussels 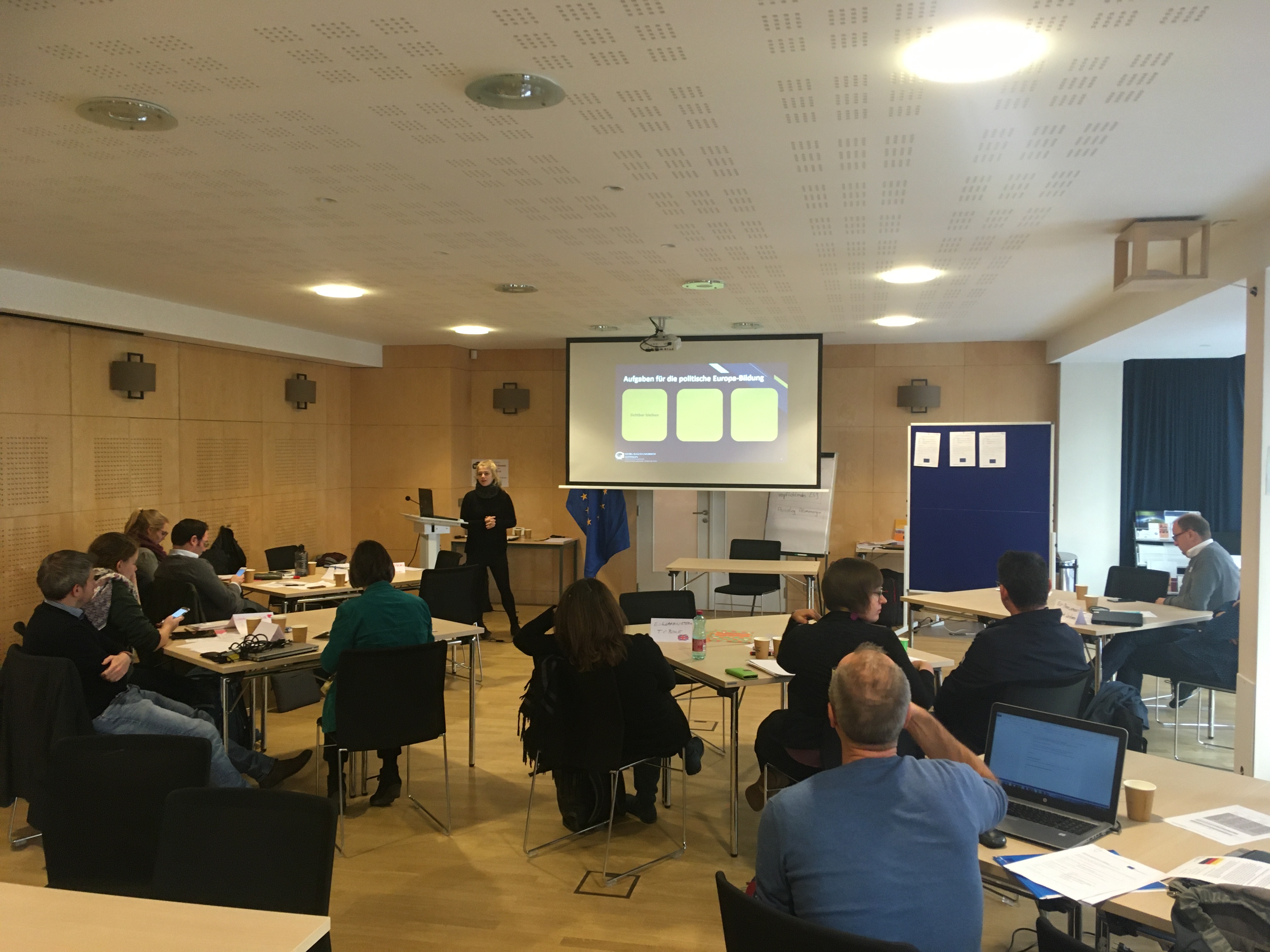 For two days, experts in youth and adult education discussed how civic education can contribute to strengthening EU democracy after the disappointment about the dismissal of the Spitzenkandidatenprozess.

The debate is old. For decades, the democratic content of the EU has been the subject of intense debate among experts and the public. A debate that has been given new impetus by the European Council’s rejection of all the top candidates for the Presidency of the European Commission after the elections.

The 2019 symposium of the European Office, which took place in Brussels on 3 and 4 December, addressed the issue. Under the title “Participation and democracy after the European elections: Tasks for civic education”, youth and adult education experts from Germany and Austria addressed the question of what contribution political education can make to strengthening EU democracy against the background of the general disappointment after the elections.

Many citizens are under the impression that when voting in an election they can not chose between policies any more, only choose between people. Unfortunately, this impression is correct, explained Dr. Cornelia Stratulat from the European Policy Centre, a non-university research institute. The causes are globalisation and the dominance of markets.
Dr. Johan Adriaensen of Maastricht University explained that the various crises of recent years have brought the EU closer together and thus strengthened it. The major common challenges such as BREXIT, migration, climate change or the conflicts between the USA and China had united the community. TAccording to Dr. Adriaensen, the dominance of national governments in the EU is justified, as the majority of people still feel primarily as citizens of their countries.

Active citizenship is a prerequisite for democracy. Active citizen participation, however, is often not so easy and needs support through education. As a promising method of making abstract political processes tangible, the participants discussed approaches to “gamification” in civic education. In particular, the method of political simulation games came into focus.
All people, young and old, have a natural urge to play, explained Thorsten Gonska, head of the political education department at the Klausenhof Academy in Hamminkeln. At the same time, games can convey knowledge in a very memorable way. However, the adaptation of playful approaches to the target group requires special attention. An unreflected use of such methods leads to disappointment and wear and tear.
Märthe-Maria Stamer from the University of Göttingen emphasized that there is no such thing as an offer for everyone. The audience is heterogeneous.

A special highlight of the 2019 conference was the testing of a political business game. For several hours the participants slipped into the role of representatives of the governments of the EU Member States and negotiated three legislative proposals of the European Commission.

Innovative, playful approaches have a great potential to arouse interest in politics and to sensitize people to the difficulties of finding political compromises. Their use in political education is highly recommended and can make a central contribution to strengthening democracy.